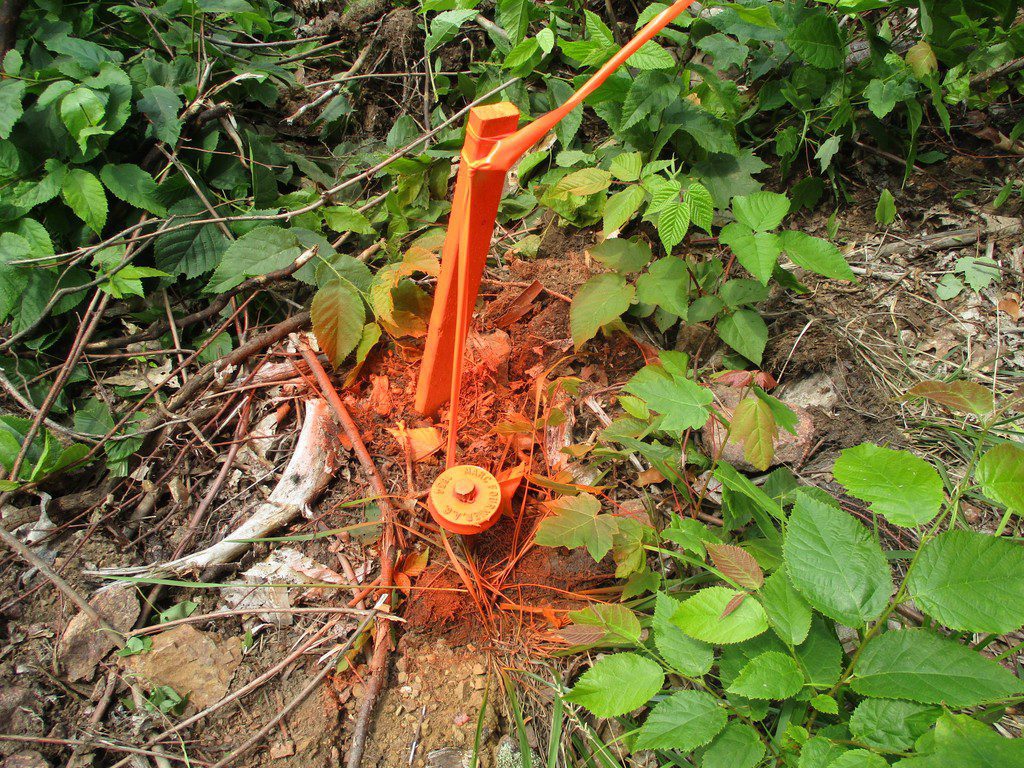 The land surveyor is indeed the only professional who can set boundary markers. Nevertheless, it is important to know that the metal rod with a plastic medallion that land surveyors place is more often than not, a bench mark and not a boundary marker.

A boundary marker, which has the same appearance as a bench mark, is placed during a legal boundary procedure and ultimately serves to physically mark a property line permanently and irrevocably. At the end of the procedure, it is the signing of the boundary marking operation, always published in the Land Register of Quebec since 1973, which attributes this official status of boundary marker to the metal rod.

The boundary marking operation, always carried out with the intervention of the 2 contiguous owners, thus serves to fix a property limit in a perennial way and is therefore the most robust legal process.

The staking is also a legal process and is used in particular to set bench marks. It is specifically framed by the Regulation respecting standards of practice relating to staking and layout (CQLR, c. A-23, r. 11).

However, the land surveyor is the professional who has the best technical and legal knowledge to indicate the most likely position of a property line based on the documentary, physical, public and private evidence that he can obtain and record.

In staking, the work of the land surveyor can be used to mark the corners of a lot, the center or midpoint of a curve, or a desired alignment. The installation of bench marks on the property is accompanied by the production of a staking certificate. This document constitutes confirmation of the execution of the staking in the form of a plan and sometimes a report. The plan illustrates the position of the markers placed and mentions the name of the client as well as the date and purpose of the work.

Finally, staking does not offer the same guarantees as boundary marking operation for several reasons:

What is the boundary marking operation then?

This procedure, whose goal is to be fair, calls on all means of proof, including testimony, in order to determine the fairest place of a property line. The procedure can be judiciarized when the parties do not agree on certain aspects of the procedure such as

The procedure can also be shortened by the mutual agreement of the owners who do not oppose the position of the limit proposed by the land surveyor, but who want to regularize their uncertain land situation which can be disturbing for a third party purchaser, for example, or in view of the expensive construction of structures near the limit of the property. This type of demarcation is called informal demarcation.

You need our services? Ask us for a quote!